We all know Sofia Vergara as an Award-winning icon. She’s an actress, television producer, presenter, and model. Over the last 10 years, some of her top movies and TV shows include “Modern Family,” “Hot Pursuit,” “America’s Got Talent,” and “Chef.”

Each of her popular performances is hard to forget!

From her time studying dentistry in Columbia to growing into an infamous actress, Sofia Vergara has had countless renowned looks throughout the years. 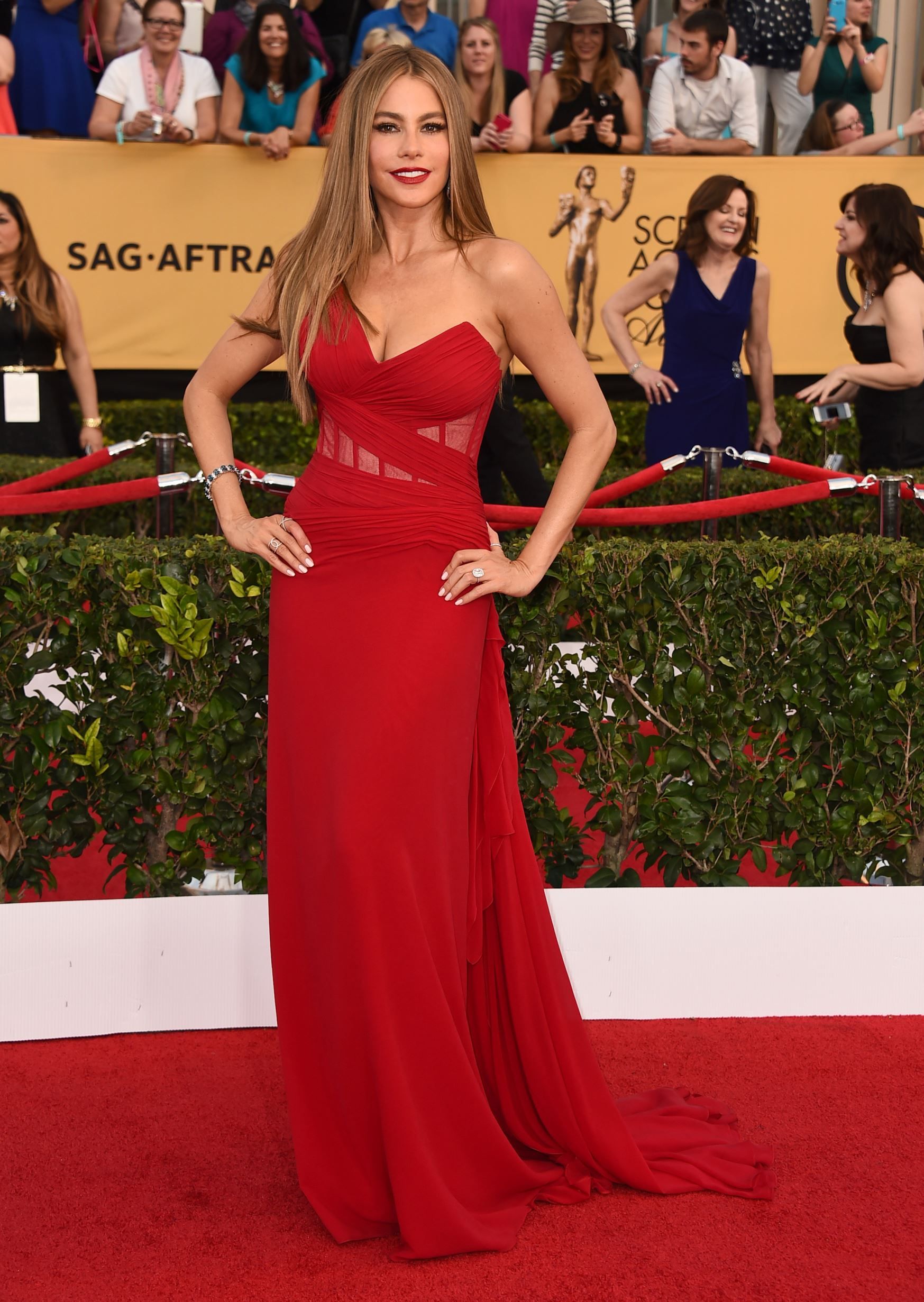 Sofia in 2016 attending the 88th annual Academy Awards in a navy blue Marchesa gown at the Dolby Theatre in Hollywood.